O’Brien Licensing & Training Services offers specialist “peace of mind” solutions on all aspects of the Licensing Act 2003 and The Gambling Act 2005.

Michael O’Brien is a qualified and experienced instructor who has a comprehensive knowledge of licensing & gambling law and its practical implication for both Police and local authority licensing officers.

He is an ex-Senior Officer of North Yorkshire Police who for several years occupied the role of Licensing Inspector at Scarborough. Following retirement he was employed as the Senior Licensing Officer at Scarborough Borough Council and was instrumental in writing the draft licensing policy for the local authority.

He has successfully completed courses at the Cabinet Office, Emergency Planning College including Crowd & Event Safety Management and Safety at Festivals and Mass Gatherings.

O’Brien Licensing & Training Services act as Licensing Consultants to licensees including representing them at licensing Committee Hearings. The company also trains licensees and others in the entertainment and hospitality industries through the various courses held at their BIIAB approved centres. The company is assessed annually, as a training provider, by the British Institute of Innkeeping, the BII, and is currently graded as ‘Outstanding’. Our training results reflect this grading. Michael is a BII Fellow Training Professional.

Michael has trained local authority licensing committees nationwide on their roles and responsibilities under both acts. He is a member of the Institute of Licensing and the British Institute of Innkeeping.

On a personal note, in his spare time, Michael is a qualified football referee and cricket umpire and enjoys performing in musical theatre.

Contact Us for more information about courses and prices. 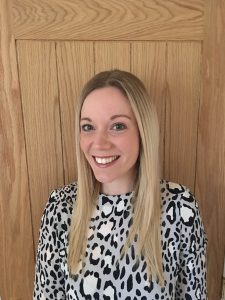 Victoria has been involved within the Licensing sector for over the past 14 years with a combination of local authority work as a Licensing Officer, consultancy work and training for O’Brien Licensing. The mixture of Victoria’s background gives her an in-depth knowledge as to what licensing authorities are looking for with licensed premises and can give constructive, sound advice as what steps are necessary and proportionate for licensed premises.